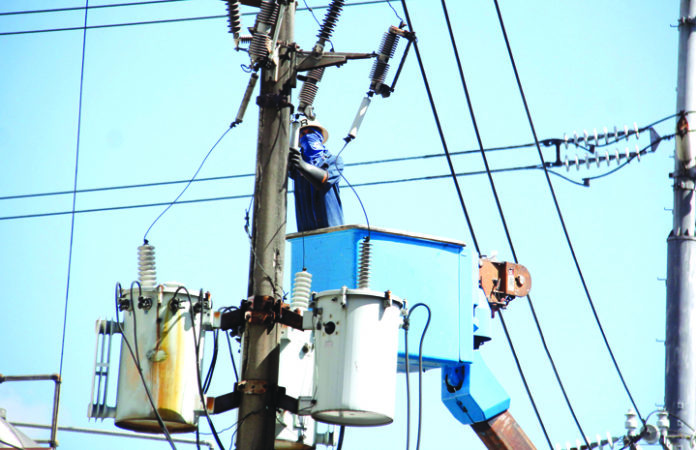 A lineman from Meralco checks on electric cables in San Andres, Manila, in this BusinessMirror file photo.

WITH no new power supply to be generated anytime soon, the country’s independent electricity market operator warned on Thursday that Luzon and Visayas are likely to experience tight supply conditions and price spikes during summer months this year.

“With the expected increase in demand, tight supply conditions and price spikes are likely to happen particularly during summer period. This underscores the need for new generation capacities to meet increasing demand and to help prevent recurrence of high market clearing prices,” said Independent Electricity Market Operator of the Philippines Inc. (Iemop), operator of the Wholesale Electricity Spot Market (WESM).

Iemop Chief Operating Officer Robinson Descanzo said during a briefing that Luzon and Visayas need over 700 megawatts of additional capacity this year as energy demand is expected to peak at 14,191  MW compared to 13,450 MW recorded in 2019, an increase of 5.6 percent.

“Around 700 MW is needed. The demand in 2019 was high and madadagdagan pa ito ng [this could even go up by] 700 MW,” said Descanzo, adding that Luzon peak demand is estimated to reach 500 MW in May or June this year.

Iemop said the 2020 projected figures are based on the Department of Energy Power Development Plan (DOE-PDP) 2016-2040.

In terms of WESM prices, Iemop said this year’s price profile will likely turn out the same for 2020.

“By summer, if we look at the profile of 2019, [most likely, we will have that same profile again]. This means that our price profile will occur again in 2020, but it won’t go over P9 because we have a cap at P9,” Descanzo said.

“And when WESM prices spike, there will probably be an increase in electricity prices, as more power plants tend to conk out during the summer months.

“Why do we say this? Because we have a projected growth of 5.6 percent, which is equivalent to 700 MW, and we don’t have additional power plants coming in before summer,” he said, when asked why tight supply is possible in the next few months.

Descanzo said that while the entry of large generating capacities like GNPower Dinginin coal plant with 669 MW would be helpful in addressing this likely scenario, the additional capacity will happen when the power plant is on line in July this year.

It will be noted that in 2019, the commercial operations of Unit 3 of the Masinloc Power Plant (355 MW) and the San Buenaventura Power Plant (455 MW), both expected to have come online in 2019, were deferred.

“The entry of the two plants is barely enough for summer this year kasi, paano pag naulit na naman ang mga [because, what if we see a repeat of the] forced outage like what happened during summer last year?” noted Descanzo.

The DOE has already ordered power plant owners and operators to reschedule the maintenance shutdown of their power facilities before or after summer months. “You can see that some of them started their] maintenance shutdown this January. So, we hope [there won’t be any] unexpected outage in summer. We hope the probability of unscheduled shutdown will lessen, but there is no assurance,” he said.