MANILA, Philippines — As like the water privatization contracts, a major privatization deal in the power sector is under threat during the Duterte administration – the concession agreement of the National Grid Corp. of the Philippines (NGCP).

Fitch Solutions, the research arm of the Fitch Group, has warned that similar contracts between the government and private firms may face the same level of scrutiny and possibly revocation if the government finds it disadvantageous.

“We believe other deals signed between the government and the private sector are also at risk of scrutiny. The government had alluded to ‘onerous provisions’ within the existing concession which disadvantaged taxpayers as a basis for revocation, review and re-negotiation,” it said.

But unknown to many, the NGCP concession agreement has been under the scrutiny of the government since the Duterte administration started.

More recently though, concerns over China having remote control on the country’s national power grid took center stage. It was only sidetracked after the water concession agreements came under the spotlight.

This as National Transmission Corp. (Transco) president Melvin Matibag told the Senate at a budget hearing in November that China could possibly disable the transmission network which is responsible for the delivery of electricity across the country.

Matibag also told senators that NGCP has repeatedly denied or limited TransCo’s access to the facilities which Transco actually owns.

This has driven several lawmakers to call for an investigation on the matter, which they said has become a national security concern.

How it all began

The Electric Power Industry Reform Act of 2001 (EPIRA) mandated the privatization of the transmission facilities, including grid interconnections and ancillary services, through an outright sale or a concession contract—considered as one of the biggest Philippine privatization on record.

The management and operation of the transmission facilities were first bid out by the Power Sector Assets and Liabilities Management Corp. (PSALM) in 2003 during the Arroyo administration.

The first three rounds were failed biddings as only one submitted a pre-qualification proposal or an expression of interest.

The fourth round was the charm, with five bidders namely Monte Oro Grid Resources, La Costa, Citadel, San Miguel Corp., and Two Rivers Consortia. In December 2007, it was toss up between Monte Oro, which was then connected to port magnate Enrique Razon, and San Miguel.

Government had established the technical criteria because of the country’s lack of expertise in running a transmission network. Monte Oro partnered with Calaca High Power Corp. and State Grid Corp. of China (SGCC), and San Miguel with TPG Aurora BV of the Netherlands and TNB Prai Sdn Bhd of Malaysia.

NGCP then sought and was granted a 25-year congressional franchise, and started operating the country’s transmission lines in 2009.

But even at that time, the Freedom from Debt Coalition (FDC) had flagged concerns over the privatization of the power grid as this would supposedly result in government losing potential revenue, and raised security concerns as the transmission lines have broadband capacity.

“FDC believes that as a natural monopoly – the sole vital link among major sub-sectors in the power industry – TransCo properly belongs to the state and must remain under its control,” it had said.

Fast forward to 2019, the very same issues have been highlighted more than a decade after. Sen. Sherwin Gatchalian, who chairs the Senate Committee on Energy, has filed a resolution to scrutinize the compliance of the NGCP on its mandate to safeguard the grid and ensure continuous electricity supply in the country.

The senator has also called on the Joint Congressional Energy Commission (JCEC) – the country’s primary watchdog in the power sector – to look into the operations of the country’s power transmission line to verify whether Filipinos are in charge of its day-to-day management amid national security concerns.

“There is a need to verify whether Filipinos are actually in charge of the day-to-day management of the grid as mandated by the constitution despite the National Transmission Corporation (TRANSCO) and the Department of Energy’s (DOE) manifestations during the 2020 budget deliberations that all executive officers of NGCP are Filipinos,” he said.

“We should employ all possible safeguards to ensure that Filipinos are in control of the lone power grid, that Filipino interests are being protected, and national security concerns are covered 100 percent,” Gatchalian said. Sen. Risa Hontiveros, a staunch opposition lawmaker, has also sought for a national security audit of the operations and facilities of the NGCP following the “discovery” of China’s shareholdings in the grid operator.

But SGCC has been part of NGCP since the concession agreement was awarded by the Philippine government itself in 2008.

Department of Energy (DOE) Secretary Alfonso Cusi said the security issues that China has control over the Philippine power grid has been raised before. 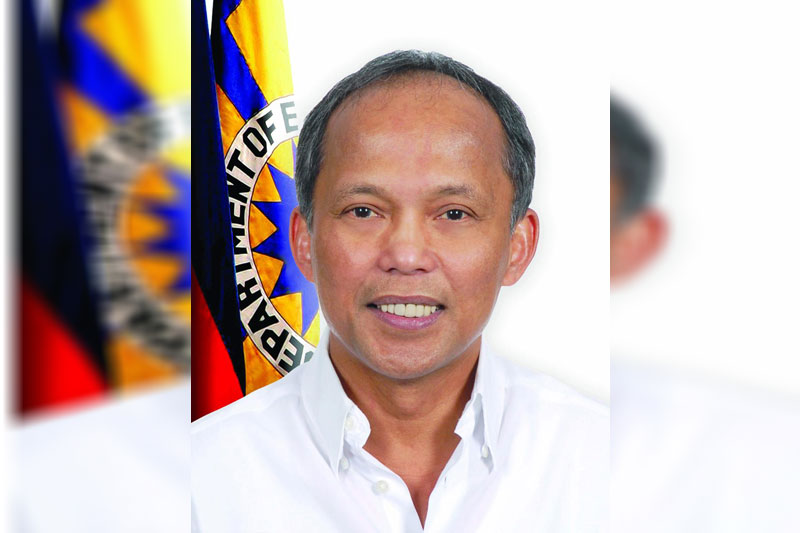 “I wouldn’t say it’s unfounded. It’s a concern that has been raised before. Potentially, I repeat potentially, they can do it (remotely shut down) considering its digital nature,” he said.

Moreover, Matibag said NGCP has several Chinese directors currently sitting on the board and SGCC effectively owns majority of the company.

SGCC owns 40 percent of NGCP while 60 percent is owned by Filipino companies. Matibag, however, noted that the 60 percent is divided 30 percent each for Henry Sy Jr.’s One Taipan Holdings – which bought Razon’s Monte Oro Grid – and Robert Coyiuto Jr.’s Calaca High Power.

In its defense, NGCP said sitting Chinese directors are in compliance with the Constitution.

It said the participation of SGCC in NGCP is limited to its proportionate share in NGCP’s capital.

“Thus, out of the 10 members of NGCP’s Board of Directors, there are four SGCC nominees representing SGCC’s share,” NGCP said.

Moreover, NGCP said the SGCC serves as the technical adviser of NGCP, but management and control, including its System Operations (SO), are exercised exclusively by Filipinos.

A industry observer also said SGCC is one of the largest public utilities in the world and has invested in backbone energy networks in Australia, Italy, Greece, Portugal, Hong Kong, and Brazil.

As the top two company in the world in terms of revenues, SGCC has a lot at stake if it really has remote control and decides to shut down the Philippine power grid.

“Let’s grant for the sake of argument that they can shut down, this action would destroy their worldwide investments as well as future foreign ventures. They’re in business and want to grow. People can weave myths, but can they prove it? They’re exploiting sinophobia,” the industry observer said.

An official also said the issue is a slap to Filipino engineers working in NGCP whose expertise and training have been ignored by government. 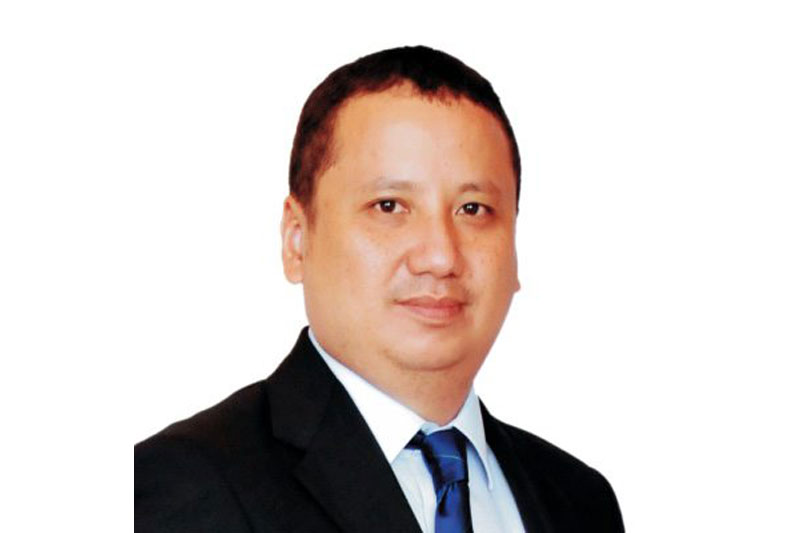 Moreover, NGCP said the provision for remote access was already present when the National Power Corp. (Napocor) was still operating the transmission assets.

In order to secure the network, NGCP invested in a modern Supervisory Control and Data Acquisition (SCADA) system and introduced stringent cyber security measures to fortify the system.

The SCADA is operated only by authorized Filipino employees of NGCP who have been trained and have acquired expertise in its operation.

“By default, SCADA is disconnected from the VPN. Thus, remote users CANNOT connect to SCADA. VPN access may only be granted by the Filipino CEO of NGCP in an extreme emergency, and only after undergoing a secure and confidential approval process. Since NGCP commenced operations in 2009, this approval process has not been invoked and there has been NO REMOTE ACCESS granted,” NGCP said.

To attest that NGCP’s cyber security controls are aligned with global standards, it was issued ISO Certification 27001 for Information Security Management System in August 2018.

In accordance with DICT Memorandum Circular No. 005, NGCP also engaged a third party to assess its information security implementation and was confirmed to be compliant with prescribed information technology security standards.

However, TransCo’s Matibag claims the power grid could be hacked by any foreign entity and not only China.

And the only way to address this national security is for government to inspect and audit the transmission facilities.

“That can only be answered by us, by government inspecting it and making sure the oversight function of government is carried out and we put in place whatever measures to prevent it from happening, whether the threat is real or imagined,” Cusi said.

In fact, the DOE has appointed newly installed undersecretary Emmanuel Juaneza to lead the inspection and audit of the country’s transmission network. 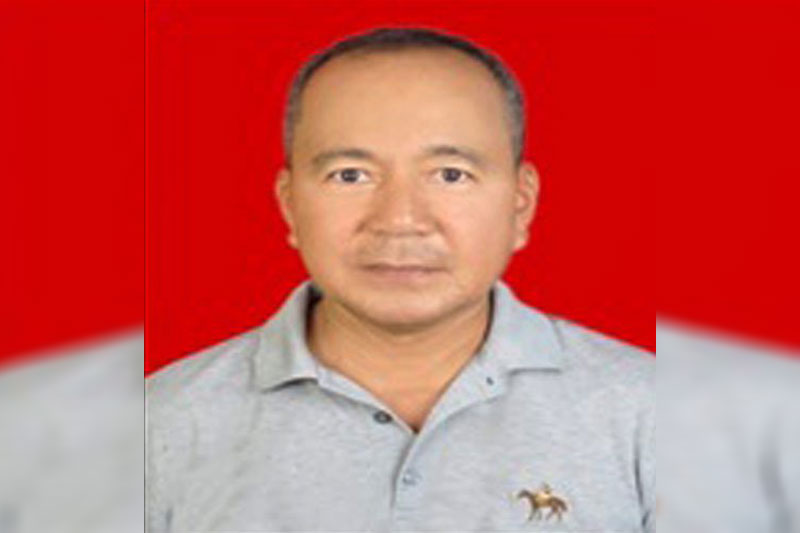 “His role is to coordinate with TransCo for the inspection of the facilities of TransCo so that we will be able to answer once and for all, whether that accusation is factual…and to formulate the measures that we need to do to make sure the interest of the republic is protected,” Cusi said.

Matibag wrote a letter to NGCP president and CEO Anthony Almeda, inviting him to a meeting and proposing a Vulnerability Assessment and Penetration Testing (VAPT) of the transmission network.

He said VAPT would include the Department of National Defense (DND) and Department of Information and Communications Technology (DICT) to “remove fear of the public as to the issue of national security.”

For its part, NGCP welcomes an inspection of its facilities to allay fears of China’s control of the Philippine power grid.

In 2017, even Cusi and Matibag also conducted a surprise visit of SO.

But government is not having it.

The DOE is pushing the recovery of the SO from NGCP. It’s rationale? It argued that private company or a private individual should not be given the control over the transmission grid network.

The transmission network is government’s crown jewel and considered as the most critical infrastructure of the state because of its capability to transmit power and digital data.

“Systems Operations comprises just about six percent of the whole transmission business. It is not critical to the business of NGCP. It should not have been included in the concession contract in the first place. However, it is critical for the existence of the State. It is critical too for making sure it aligns with the operations of WESM (wholesale electricity spot market),”  Cusi said.

With nearly two years left in the Duterte administration, government has ample time to deal with NGCP’s concession agreement and NGCP still has a long way to go to weather the controversies hurled at it.

The President, however has spoken, saying he does not see the stake of SGCC in the Philippine power grid as a threat to national security.

“Filipinos still lack trust, but I trust them. I take their word for it. China will not sabotage our grid operation as it’s a business ventures of the State Grid of China and they want to help,” he said.