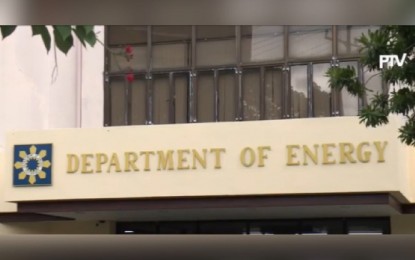 The Department of Energy (DOE) on Tuesday introduced an on-line trading platform for renewable energy (RE) with the intention of making this commercially available starting next year.

“Today marks a momentous event for the country’s renewable-energy landscape, as we introduce the Philippine Renewable Energy Market System that will be used by the RE Registrar to track, monitor, and assess the implementation and compliance to the Renewable Portfolio Standards Rules [RPS] for both on-grid and off-grid areas,” said Energy Secretary Alfonso G. Cusi in a speech delivered during the unveiling of PREMS in Makati City.

The PREMS, as an on-line enterprise platform, will facilitate market competitiveness, efficiency, and transparency in the trading of RE certificates, based on the REM (Renewable Energy Market) Rules.

“By the first of January next year, the RE Registrar, as I’ve mentioned earlier, will be able to use the PREMS as a tool to ensure that industry participants comply with RPS requirements and other policy mechanisms provided for by the Renewable Energy law,”  Cusi added.

In hopes to usher in new era of RE development, the RPS mandates distribution utilities (DUs) to source a minimum portion of energy from renewable sources, thus, guaranteeing a market for RE generators. This minimum portion will be increased on a yearly basis.

“It will start in 2020. The RPS rules state that every year DUs should source at least 1 percent of their requirement from RE. That is what the PREMS will monitor. It will also be the venue where RE certificates will be traded,” according to Energy Assistant Secretary Redentor Delola.

Cusi said the creation of the PREMS highlights the prospects of the country in empowering the Filipino to venture further into the modern trends that include smart metering, micro grids, blockchain utilization, and the global movement toward  sustainable energy technologies.

“Our aim as a nation is not only to garner gold medals in international sporting events, such as the recently concluded SEA Games. What we should strive for is for the Philippines to emerge as a champion in clean indigenous energy utilization,” he said. “We will not stop here and rest on our laurels, because the PREMS is just another milestone. Rest assured, we will continue to find more avenues that will help our nation establish a more advanced and robust energy future.”

“In July, the President’s marching orders for the development of renewable-energy sources was a cause for joy to coal-affected communities, power consumers, and clean energy advocates across the country.

Half a year later, and with barely any evidence of compliance from the energy secretary whom he specifically addressed to carry out the reduction of our country’s coal dependence, we ask the President to give us another reason to be glad this holiday season.

“It is high time for him [President Duterte] to give teeth to his renewable-energy pronouncement by issuing an executive order to end coal. It is high time, too, to initiate the overhauling of Epira  [Electric Power Industry Reform Act] to give way to legislation that levels the playing field for renewables,” said Gerry Arances, executive director of Center for Energy, Ecology and Development (CEED) and convener of P4P.

“These past weeks, Filipinos from all walks of life knocked on different corporate and government bodies to hold them accountable for enabling coal to heavily burden Filipinos with its costly price and the detrimental impacts it brings to the environment and its host communities,” he said.

Arances added: “We are here in hopes that the unified cry of Filipinos would ultimately go through the seemingly deaf ears of the government offices, financial institutions, and corporate proponents who contributed to the proliferation of coal, in order to wake them from their obsession with dirty energy.”

“The Electric Power Industry Reform Act promised back in 2000, that allowing private corporations to take charge of the country’s energy facilities would not only yield cuts in government spending, but also produce the least-cost electricity for consumers through encouraging competition among providers. Two decades should be more than enough time to realize that when a public necessity is entrusted to private entities who also get to play as their own rule-makers, what was supposed to be service simply turns into business,” said Atty. Aaron Pedrosa, secretary general of Sanlakas.

Arances noted that Epira effectively allowed power firms to push for the approval of coal contracts.

“Right now, Meralco is doing its very best to gain the Energy Regulatory Commission’s approval of five new coal and other fossil fuel contracts. This is despite three consecutive rate hikes in the last quarter of the year, and despite over 60 red and yellow alerts in the Luzon grid in 2019 alone, which were mostly caused by outages of the coal-fired power plants from which Meralco is taking its electricity supply,” stressed Arances.

Zeena Manglinong, FDC executive director, commented that Epira, from the beginning, was “a betrayal of the Filipino public’s trust.”

“Providing electricity that is reliable, affordable and clean is the government’s mandate, yet as austerity measures aiming to cut down government spending, this was handed over to private corporations. It’s time for our government to recognize the consequences, though unintended, that avoiding this duty has brought, and take responsibility by holding power corporations guilty of abuses against consumers accountable,” the FDC official said.