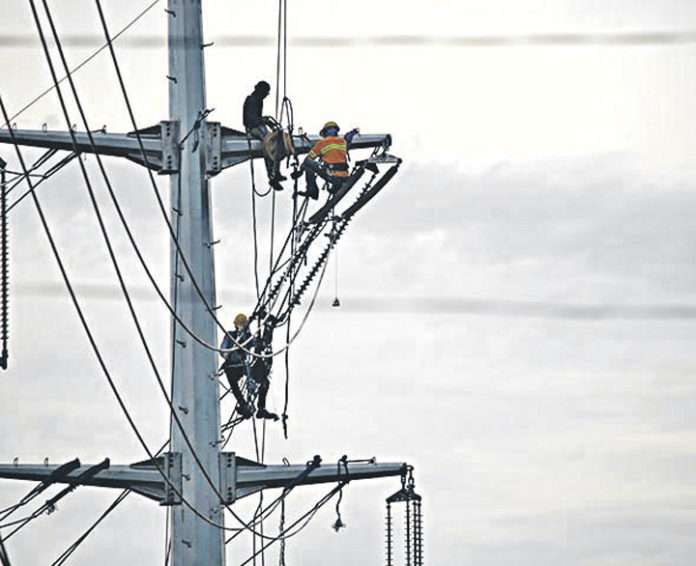 COALITION of power consumers and clean-energy advocates wants the Energy Regulatory Commission (ERC) to reject the power-supply agreements (PSAs) of the Manila Electric Co. (Meralco) on their allegation that the fuel source involved in the contracts, if implemented, will harm the environment.

The Power for People Coalition’s (P4P) trooped to the ERC on Thursday to demand the denial of Meralco’s PSA applications, which are now being evaluated by the commission.

“Right now, as the application process is still going on, the ERC acts as a floodgate that keeps another onslaught of dirty coal and fossil fuels upon Metro Manila power consumers at bay. We are here to urge the commission to continue doing so by denying the approval of Meralco’s PSAs,” said Gerry Arances, convenor of the P4P.

The PSAs involved underwent competitive selection process (CSP), in which Meralco called for bids for a 500-megawatt capacity and another for 1,200 MW. Among the six bids that won and are now applying for approval are two coal contracts and two gas contracts, and a fifth application seeks to provide power to Meralco through a mix of coal and solar power.

“ERC should not allow the approval of these coal and natural gas power contracts. There is no reason even in business and economic sense that fossil fuels be allowed to corner a significant portion of the total 1,700 MW that are placed in bidding.

“Three years from now, these contracts will become stranded as the world and the United Nations will deal with stringent climate mitigation actions. It will place our country under a scary energy insecurity, since these plants will be retired before their contract life,” warned Ian Rivera, national coordinator of the Philippine Movement for Climate Justice.

Rivera cited the risk analysis tool launched last month by Climate Central. It said that if burning of coal and fossil fuel continues and pollution levels remain unchecked, by 2050 a large portion of National Capital Region and the rest of the country will be underwater due to sea level rise. “Paying for electricity for these Meralco contracts would mean Metro Manila consumers are paying for our own death and destruction as the coal and fossil plant fleet will further heat up the planet.”

Arances said majority of the power plants on forced outage and scheduled shutdown run on coal. “There were over 60 red and yellow alerts mostly due to shutdowns of coal and fossil fuel plants, which were soon after followed by rate hikes. We hope the ERC had been listening to the consumers’ groans and had in how we had long been saying that we want cheaper and more sustainable electricity.”

Arances cited a Pulse Asia survey released in August 2018, which revealed that 97 percent of Metro Manila consumers favor tapping into renewables for their power needs.

“We are concerned that even though the application states that no certificate of compliance with the CSP has been issued by the Department of Enegy, the application has been accepted and hearing has started. We are also facing difficulties in accessing the actual power-supply agreements prior to and even during the first hearing, which makes it difficult for power consumers to ensure that they are not being given the short end of the stick with these contracts,” said Arances, who is also the executive director of the Center for Energy, Ecology and Development (CEED).

“Meralco can be assured that its customers will not stop opposing power projects and contracts that would further burden our already heavily loaded backs. As the government body mandated to avert and penalize abuses in the power sector, we hope that the ERC would be a friend to us consumers in this struggle,” Arances added.

Meralco, however, has stressed that two competitive biddings resulted in billions of savings for the consumers. They are projected to enjoy total savings of around P13.86 billion per year, or a rate reduction of P0.41 per kWh, Meralco said.

Meralco President and CEO Atty. Ray C. Espinosa had said the prices resulting from the auction are the least cost to consumers. In fact, the all-in rate already includes line rental and VAT, and the cost of replacement power for all plant outages. Also, if the generator companies are unable to deliver power, they will be liable to pay a fine, which will be used to reduce the generation cost to consumers.

Morevoer, he said, the prices from the PSAs are significantly lower than the average generation cost today of around P5.88/kWh (VAT inclusive).